Flowers are pretty great. It’s hard to keep them alive indoors since there isn’t a lot of direct light–the windowsill below is very popular as one of the few with direct light all morning. I recently found a leafy plant whose care tag said “ambient light” and another that read “minimal light” so I snapped them up and they are doing great. It’s very exciting.

At some point I decided that cut flowers were an OK splurge, and now I almost always have some cut flowers around. Usually astermeria since it has such a long life for a cut flower. Lilies, too.

And sometimes I fall for the miniature roses–they are usually only $4 and I find them very hard to resist, and very hard to keep alive because of the aforementioned dearth of direct light.

Right now I have a pair over the kitchen sink which are recovering from a months long battle with mites (neem oil finally did the trick!) and a new pair in the craft room with it’s bright light. So far they are doing well!

What about you, do flowers follow you home from the grocery store, too? 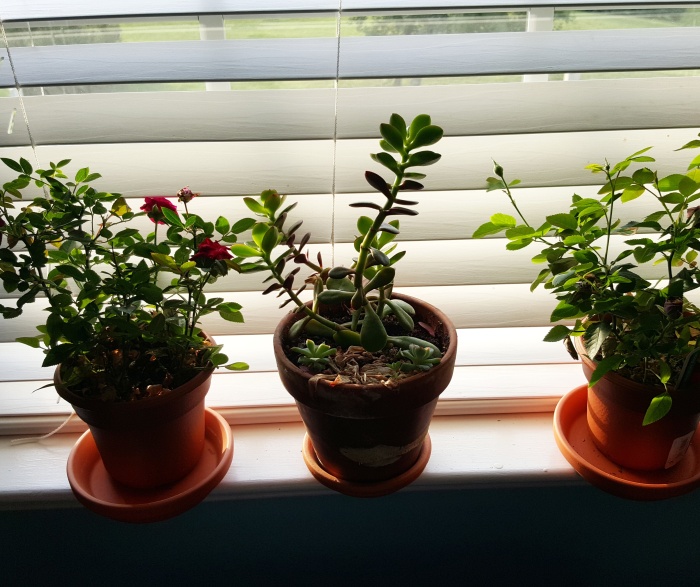 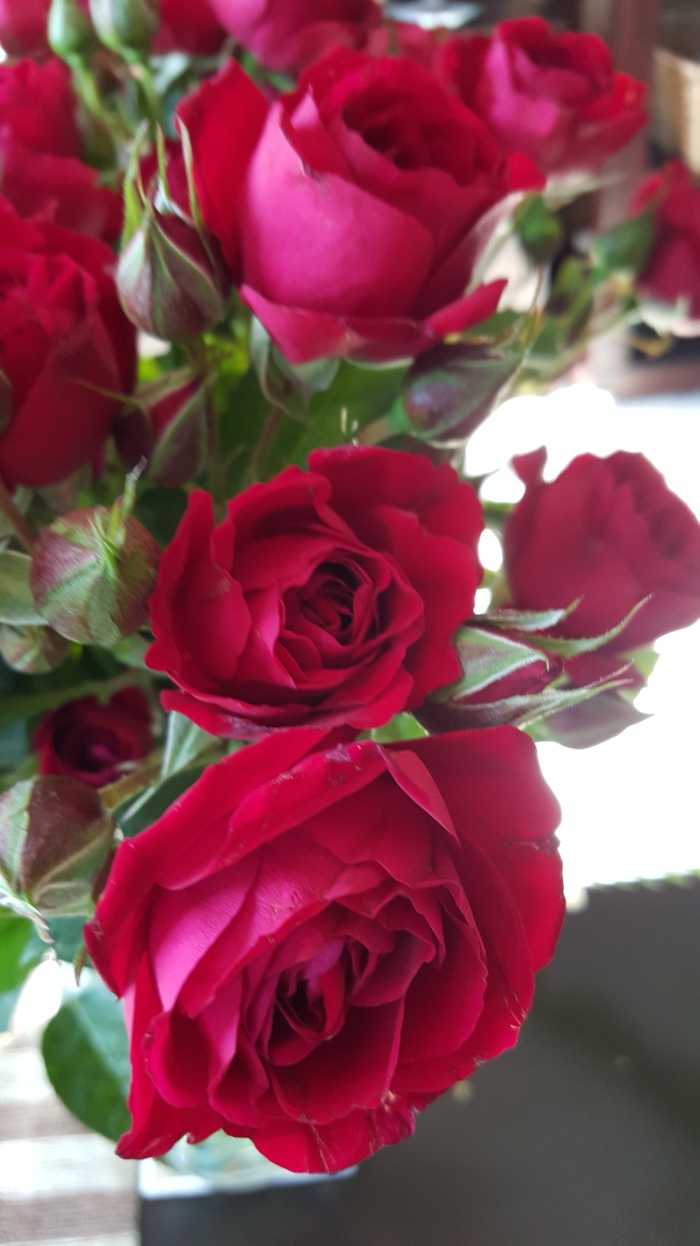 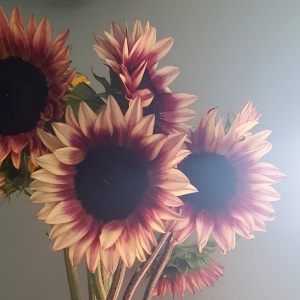